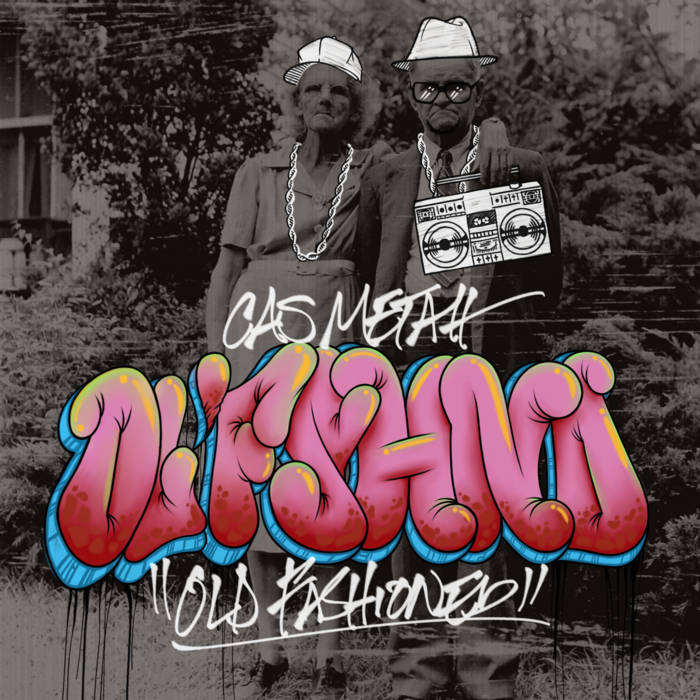 Scribbling Idiot emcee Cas Metah has certainly left his imprint by having a hand in over 30 projects during his hip-hop career. However the Ohio based artist hasn’t dropped a solo album since his “Guest Room” LP in 2009. Between that time Cas Metah did collaborations with Mouf Warren, Wonder Brown, Shaw Bihl and the list continues. Cas also did a ton of touring, both statewide and international. Here we are in 2015 and the Scribbling Idiots co-founder has only pressed his foot on the gas pedal even harder. Already this year Cas has released three collaboration EPs with Mellow Drum Addict, Defizit (3rd Eye Contact), BlackBolt (The Most Humble) and the Krosswerdz camp (Aussie Ausbourne) all flying co-pilot. All of this, along with the rest of Metah’s 20 year hip-hop journey, brings us to his 4th solo LP “Old Fashioned”.

A full all-around project “Old Fashioned” boasts a lot of bangers to knock in your car, however as always Cas Metah’s personal anecdotes push a higher agenda than just making bangers. The battle raps are witty. The story telling is vivid. The beat production is strictly boom bap. ReFlex the Architect, Theory Hazit, Jon Rogers, Defizit and others provide a soundscape that channels DJ Premier, Pete Rock and other golden era vibes. Put on top of that scratches from EF Cuttin and Mista Sinista throughout, it’s clear Cas set out to give “Old Fashioned” a mid-90’s flavor, and he succeeded. 15 tracks with guest verses from Blueprint, Copywrite, Playdough, Scribbling Idiots and more, Cas Metah continues to make his case for why he’s one of the best emcees to ever touch a microphone.

Bandcamp Daily  your guide to the world of Bandcamp

Cannibal Corpse's George "Corpsegrinder" Fisher stops by for an interview